What is Unity Charity

Michael Prosserman aka “Bboy Piecez” found his passion for break dancing at a very young age. By the time he was three, Michael was already standing on his head while watching Saturday morning cartoons. Michael started the UNITY Charity at the age of sixteen when he realized that he wanted to share his positive self-expression with other young people undergoing all kinds of challenges. When Michael was growing up, his mother was diagnosed with a mental illness (schizophrenia), which caused Michael stress throughout his childhood and put pressure on Michael to mature at a young age. Michael used dance to relieve his stress and let his passion guide his future.

By the age of eighteen Michael had begun to gain recognition for his passion as he was accepted into the pool of performers for Cirque Du Soleil, featured in the major motion picture “Honey” and has subsequently competed in Japan, Italy, Holland, Thailand, California, Hong Kong, New York, Jamaica, and the Yukon against many of the world’s top break dancers. In addition to competing Michael used dance as a means of developing a variety of skills that are not traditionally taught in school. At a certain point, Michael decided he wanted to share this alternative education with other young people and expanded UNITY as a student club at York University. The idea behind UNITY earned Michael a spot as a finalist for the Top 20 Under 20 award. However while all of the positives were occurring in Michael’s life at this time Michael was devastated to learn that he suffered from a chronic neck condition that would limit his dancing forever. It was after this life altering revelation Michael decided to make UNITY his priority. Since 2007, UNITY has reached over 30,000 young people across Canada and despite his challenges, Michael continues to dance and is determined to expand the UNITY Charity around the world.

As an Arts Based Alternative Education Organization, UNITY engages youth 10 to 18 by implementing school and community programs helping youth to positively express their stress and develop skills for success. UNITY empowers youth to make better choices as leaders, mentors and positive community role models leading to more productive citizens, safer schools, and healthier communities. Unity medium of expression is hip hop culture in all its different outlets: from break-dance to popping, from beat boxing to spoken word poetry.
Through these activities, Unity attracts diverse groups of youth ages 10 to 18 from a wide range of social, economic, and cultural backgrounds integrating them with groups of youth leaders and artists through something they all have in common: love for urban arts.

“Thisproject was very important for me, I found a way to combine school, family and the activities that Unity provides. I learnt to organize and prioritize my responsibilities.” Kareen Wong
“I felt like I could fly, that I had the power to become someone important doing what I love. This thanks to Unity.” Salmon Baksh
“Unity was the hope that motivated me to seek a better future, I would not have been able to do it without them.” Dash Neeta
“The spoken word is a useful instrument for students, it is a conduit to their emotions and helps them become aware.” Steven Leacock, Teacher 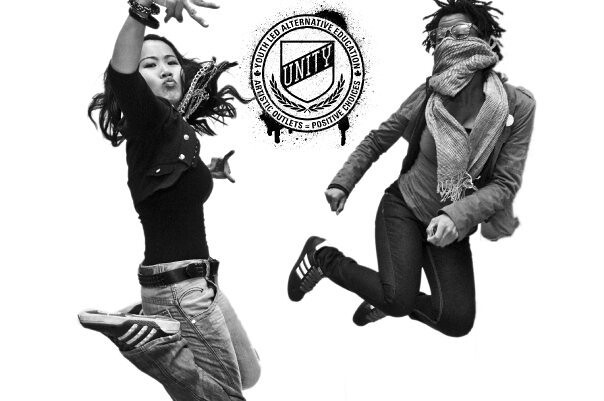