Transformers’ aim is to make a difference in the world. The idea behind the project is “to build a society where youngsters don’t go to school with knives hidden in their pockets but with tennis rackets in their hands, a soccer ball at their feet, a guitar and a skateboard under their arm. When that day will come, youth will be our society’s best by-product, setting an example of great positive change”. These idea comes from Joao Brites, a Portuguese student, break-dancer and member of Global Change makers, a international association of young political activists between the ages of 16 and 25 that was created in 2007.

Make a diffence in the World

At the age of 19, Joao founded the Transformers, a volunteer program through which15 artists and athletes across Portugal that teach, 150 young people in high-schools, pediatric hospitals, schools for the visual impaired and centers to young offenders around Lisbon, the forms of art and sports the teens in these institutions seek to learn, for free, but with a payback: Which is to use the sport or form of art you have learned throughout the year together with your mentor and peers, to transform in your own and original way, the life of someone or an ugly space, into something better.

Everyone can do it

The project transformers hopes to become the a solution to the many problems of today, like the lack of education, juvenile delinquency, the economic crisis and society in general, is to give new opprtunities, new role models and obove all concentrating the needs of children all over the world. Creating an international team with projects in common.

At Transformers, activities are organized in 5 stages: Find, Recruit, Empower, Teach, Transform.
– Find out what sport, form of art or activity the young people in the institutions were going to work with seek and learn.
– Recruit mentors able to teach these teens and that can be seen as an example of someone who got through similar challenges and overcame them.
– Empower the mentors and build a team compromise through a 5 day intensive training program.
– Teach for 9 months the forms of art and sports the teens in these institutions wish to learn
– Transform local communities using sport and art and the ideas, energy and dedication of the teens involved in the project.

The limit? Our imagination

“Teens that learned graffiti – explains Joao – can make a brick wall more than a wall of bricks, it turns into a canvas; teens that learned freestyle football can make showcases aimed at raising funds for footballs and shorts for young people from poor neighborhoods in Lisbon; teens that learned how to draw comics can build up a story, with their own heroes, which communicates their needs and thoughts. The limit? Our imagination…”.

A video about Transformers Project 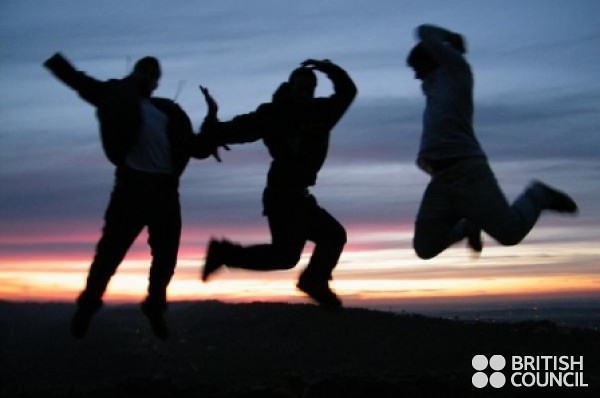