People of the South Bronx are used to closing their eyes, blocking their ears so as see the violence or hear the sirens that invade the streets. Here, drugs, prostitution, criminality, are daily constants.
According to the 2000 census, the Bronx has the third lowest median income in the nation at $29,228 and remains the poorest urban county in the country. In the same year, the median household income in Hunts Point was $17,040 and advocates for Children has listed Hunts Point as one of the highest risk areas for youth. In this community, 50.5% of children under 18 live below the poverty level compared to the national average of 17.6% (The Citizen’s Committee for Children of New York, Inc.).

That’s why, in 1993, Maria Torres, Paul Lipson, Mildred Ruiz and Stephen Sapp decided to build a place devoted to engaging young people in fun activities like dance, graffiti, hip hop, circus and singing. The dream was to build a place where it was possible to find somebody who believed in you, gave you support, hope and the tools necessary to grow.
The idea behind the project was that South Bronx inhabitants, can be effective in changing their neighborough, making it a better place to live. How? By working together on an whole artistic and cultural reconstruction. As The Point staff says, “at-risk children and teens are not bundles of problems, they are wellsprings of solutions”.

Thanks to The Point, now South Bronx streets are not just defined by their poverty, crime rate, poor schools and substandard housing but represent a place where people dance, sing, and tell stories of their lives through graffiti and performing arts.
Now, there is no need to close their eyes because of fear hearing another gunshot. Now, what they live daily is unity, togetherness, hope and in front of their eyes there is a place where its still worth living. The Point offers a multi-faceted approach to asset-based community development and its programming falls within three main headings: Youth Development; Arts and Culture and Community Development and all the activities are aimed at the comprehensive revitalization of Hunts Point.

A theory of change 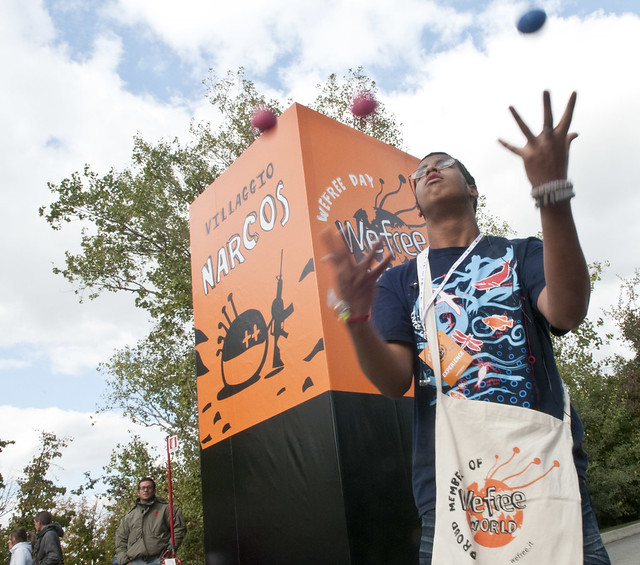