Sociedad Real is located in Pereira, Colombia, 250 km from Bogotà. Not an easy place to live or for growing children, a place where every day they combat violence, prostitution, alchoholics, addicts and drug dealers all brought on by the Cartels.
It’s here that Sociedad Real is born, a non profit foundation whose edict is to oppose voilence and drug use, and to create a law-abiding culture. How? via Hip-Hop. Songs, rhyme and rap that rise like hymns for life in front of a reality that is easier to escape than it is to fight. Instead of fighting we can: sing songs, have concerts and engage with kids and adolescents. This is how a revolution without arns begins, and it’s fighting for our future.

Sociedad Real is made of 5 guys who have scares on their bodies of all the violence and degradation they now fight against. There is

Jhowni who many years ago in a gang conflict was hit by 7 bullets. “Thank god I survived, and from that point I deciced to do something big with my life. With breakdance I try to transmit the message that violence, poverty or what ever the problem may be, we can fight against and win”.

Oskrwas in jail for a crime he did not commit, but in the end was proven innocent. From that point on he decided to change his life, and via rap he would transmit a message of hope against drugs and violence.

Then there’s Falcon and Atlaswho rap. Writing songs against violence and drug use, trying to moments of non-violence.

And last there is K-Reem, who after he founded a school for dance decided to take breakdance to the streets and neighbouhoods, hoping to create a passion for dance in the children there.

A small taste for those who we hope to meet at the WeFree days? Todo mi barrio: here is my neighbourhood. 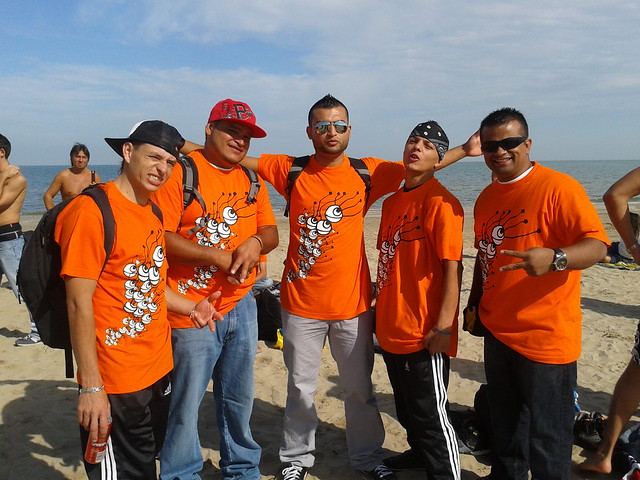