Welcome to the WeFree World: a network of organizations active in the social field coming from every corner of the globe. We are talking about youth who are using arts, especially breakdance, theater, graffiti and hip-hop as tools for recovery and social integration.
The partners of our network share their passion for break dance with kids in the inner cities, getting them off the streets and back to school. They speak at international conferences, present their point of view to politicians and policymakers. They also reach out youngsters, giving them hope, and showing that there is a better way. Everyone can make a difference. It depends on us.

Amico Charly
The association was founded in Milan in 2011, following the tragic death of Charlie Colombo who took his own life at the age of sixteen. L’Amico Charly work in preventing youth problems through educational projects, trainings, assisting and supporting adolescents, in collaboration with institutions, schools and families. Dance, painting and music are some of the activities which are offered to kids.
Milano, Italy

A.L.I. Onlus
Dancing among the platforms of Termini Station in Rome. Since June 2005, Ali Onlus has been gathering many young people from the Italian capital as well as, teenagers from other countries and cultures such as Afghanistan, Rwanda, India, Russia, Albania, Sudan and Cape Verde. They all found a place to nurture their passion for dance and joy of living placed in heart of the train station itself.
Roma, Italy

Breakdance Project Uganda
From the ancient tribal dances to breakdance. A jump from ancient to modern, made by the founder of the association, Abramz Tekia, convinced that through hip hop it is possible to give a new chance in life to many children in his country. But the BPU does not just teach dance, it also provides a wide range of choice for professional activities.
Kampala, Uganda

Companhia Urbana de Dança
Teaching capoeira to convey the values of honesty and dignity. And that’s what this association founded in Brazil in 2004 does. A young bourgeois of Rio de Janeiro, a professional choreographer, decided to set up a dance company for the young people of the favelas, which now perform on the stages of the world…
Rio de Janeiro, Brasil

Drop Company
Dance as a resource against the juvenile angst. Hip hop, break-dance and free style as educational tools for those who face a long road to recovery in a drug rehabilitation center.
These are the ideas behind the collaboration of American Contourella, now Drop Company, over 50 years of experience in dance and fitness, and the Community of San Patrignano, one of the biggest rehabilitation centers in the world.
Milan, Italy

Fifteen is more than a mere restaurant. It is a life experience for many young people who dropped out school and studies. These guys have been taken from the street and they have been taught the power of cooking.
London, England

Global Changemaker
Future leaders and entrepreneurs from over 100 countries around the world sharing experiences, proposing ideas, innovative projects: the Global Changemakers are young political activists aged between 16 and 25 years.
They are participating in global summits and international forums where they meet and debate with leaders and political figures with a common goal: making the world a better place to live in.
British Council, Switzerland

Horda Esea
IUsing graffiti as a tool for empowering street kids: from the symbol of urban distress to a testimony of a recovered youth. A real demonstration of how the street art could become a tool to help kids in need and distress regain possession of their lives.
Soacha, Colombia

Jump Start Move
Discovering your own skills and talents through dance and theater. These forms of art are chosen by Jump Start Move to engage and inspire marginalized youth between 12 and 18. The British association believes in the importance of creativity, which is essential to strengthen the emotional intelligence and personal ambition. In this way they create high-profile artists, who have been performing for years on the most prestigious stages in the UK.
London, United Kingdom

Juvenile Orchestra Pepita
Pepita is a project of the association Children in Crisis Italy Onlus, which involves the permanent creation of an orchestra for the youngsters of the city of Milan. It was created to provide opportunities for young people without a musical education learn and also to introduce music as an answer to many forms of juvenile uneasiness and angst.
Milan, Italy

San Patrignano
San Patrignano welcomes all young men and women who have serious drug abuse problems, regardless of ideology, social background, or religion, and is completely free of charge, accepting no payment or funding from their families or the government.
Since 1978, San Patrignano has taken in over 18,000 people, offering them a home, healthcare, legal assistance, and the opportunity to study, learn a trade, change their lives, and regain their status as full member of society.
Rimini, Italy

Sballando Ballando
Sballando Ballando is a project based on dance and dedicated to young people . Through dance classes, gatherings and clean fun, they offer an alternative to drugs and getting stoned. You do not need to get high to have fun, to use drugs and alcohol. On the other hand, the dance is a natural fun, accessible to all. It could be practiced everywhere and can help young people to discover a world full of emotions and sensations while being true to themselves.
Padova, Italy

Schtifti Foundation
Sport is the common ground of all the activities of the foundation. In fact, everything is around sports: from break dance to frisbee , from skateboarding to footbag. Throughout exercise, friendships are created and the synergy and team building increase the sense of responsibility in each one of them and towards others.
Zurich, Switzerland

Skateistan
A skating school that promotes cultural integration, education and empowerment . Skateistan is an NGO operating in Kabul. Throughout skateboarding they try to give a glimpse of bright future to many children in Afghanistan.
Kabul, Afganistan

Sociedad Real
They are based in Pereira, in the department of Risaralda, a municipality of Colombia, 250 km from the capital Bogotá. The Colombia made of wars between drug traffickers, dead bodies in the streets, children easily killed drug addicts, alcoholics and prostitutes, the same Colombia is also home to Sociedad Real , a rap band dealing with social issues, whose purpose is to oppose violence and drug abuse promoting a culture of legality.
Pereira, Colombia 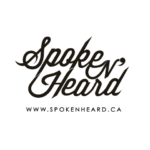 Spoke N’ Heard is a social enterprise founded in 2010 in Toronto, Canada, by Jordon Veira, and born from the desire to provide young people with safe spaces in which to share their stories and experiences. A collective of artists, entrepreneurs and promoters of innovative ideas, united by the desire to find sustainable solutions for young people.
Art and word as tools for unity, sharing, understanding and acceptance of the others.
Toronto, Canada

Steve Ferraris
Steve Ferraris, an American percussionist puts his great experience at the service of so many troubled young people, creating for them music courses, helping them to discover their talents and creativity.
Norwich, U. K.

Street Idols
It was created in the summer of 2012 in Rome, during a meeting among a screenwriter, Merlin Emmanuel, a publisher, Simona Zarabla, and a designer Vincent Mercogliano,. Their idea? To bring the kids through the comics to the youth cultural center so that they become the main actors of their own future spreading positive messages.
Rome, Italy

StreeUniverCity
The University of the street is meant for all those guys who do not have a school diploma, but still want to express their artistic skills. Young people from Berlin who have dropped out school, here, find an opportunity to learn a viable profession.
Berlino, Germania

The Point
The Point believes that the citizens of the South Bronx , especially young people, should be put in a position to be able to change their district , Hunts Point, where poverty and crime reign, collaborating for the artistic and cultural reconstruction of the district.
Thanks to The Point today, along the streets the kids dance, sing and tell their stories through graffiti, finally believing in something real. What we now see is a place where it is still worth living.
Bronx, New York

Tiny Toones
Cambodia is the home of Tiny Toones, an association that uses breakdance, hip hop music and contemporary arts as means to prevent youth problems, giving young Cambodians the possibility of a better life and a better future.
Phomn Penh, Cambogia.

Transformers
Improve yourself to improve the world, to transform it. Portuguese association Transformers embarked on this venture a while ago. It is an organisation that, above all, does prevention through art and sport.
Lisboa, Portugal.

Unity Charity
Hip hop, breakdance, rap and graffiti are used to develop the talents of young people. The Canadian Association Unity Charity uses these tools both against school dropouts and to help the kids building a better future.
Toronto, Canada.

We Love to Dance is a social project born in Portugal. Through dance lessons for children and young people, the organization offers meeting spaces where young people can find a viable alternative to street life.
Portugal

WedoWE is a Dutch no-profit organization that encourages people to take action in order to make changes in society. People reached by the organization create a “doWE”, namely, a social project aimed to change the world around us. The focus of wedoWE is to encourage a creative approach in order to develop “doWE” of all types: video, events, travel, songs, and other activities to enhance and leverage talents of those who create it. In particular, today’s focuses are primarily on Hip Hop, movies and energy.
Holland