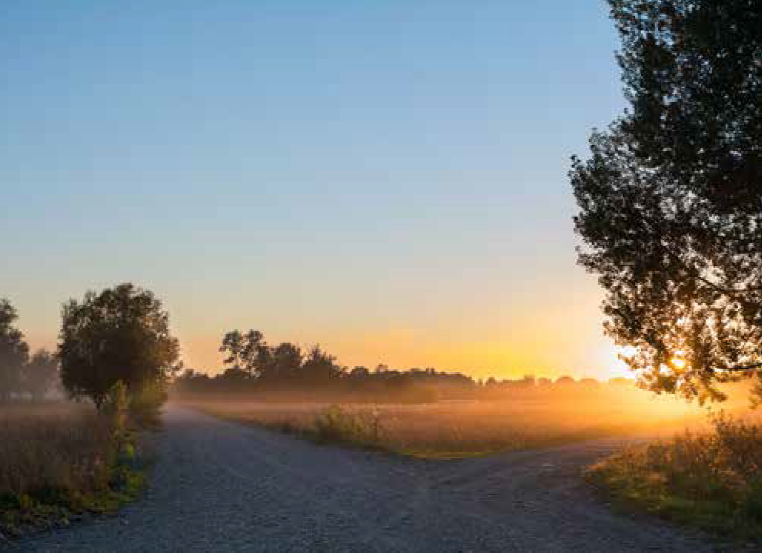 I was at a crossroads. If I had taken that path, my world would have changed completely in an istant.

What are you willing to do to get into that group, into that of the coolest? I was tired of the monotony of the days, the fights at home and the bad grades at school. Every day seemed the same. The alarm clock that rang at six in the morning, the screams of my mother who told me to hurry up because I was late and the usual smell of coffee coming out of the mocha. The gray sky, the bus too crowded and the eyes fixed on you at the school entrance. Surprise questions and bad grades on the class register. The too little stuffed sandwiches that I bought at the school bar, the cigarettes smoked in secret during the intermission, the jokes and teasing, the loneliness. The last hour bell, the bus still too crowded to go home and again the screams of my angry mother for my academic performance. I was really tired. I lived on apathy and loneliness. I went for a skate ride one afternoon and stopped at the park near the station that had some ramps where I could exercise. After training for a while, I noticed that not far from me there was a group of guys laughing and running something between their fingers, perhaps a joint. I recognized some of my class, so I retrieved my backpack to leave. After a few steps I felt called. At first I hesitated, but then I approached that group. “Do you want a smoke?”. A moment and I had to choose which side to be on. Stay in my usual boring life or make the other choice, the wrong one, and change everything? My heart was beating very strong, it was a mixture of adrenaline and fear, my hands were sweating, so I made my choice: I took that joint and took a hit. I had decided to be someone else. From that smoke I switched to smoking weed every Saturday afternoon, then every morning before going to school I often jumped to go to the park all day with my friends. I liked my new life, I felt that people were looking for me. They knew that with me there would be no shortage of money so I was always the first to be invited everywhere. The girls tried, finally I had also found my girlfriend, one of the most beautiful in school. I felt safe. Loneliness was no longer my problem. One day one of the company suggested that I start selling weed so we would be even more invincible and we would have even more girls at our feet. Those words rang in my head for days and without thinking too much I started selling weed at school. I was starting to have even more people around, phone calls, party invitations and girls hitting on me. Everyone knew by now. Some voices had also reached the teachers who were starting to ask me if everything was okay, but obviously I rejected them as much as possible. Every other day they called me to the presidency. A real disaster, but I didn’t care. One day the headmaster told me he was going to warn the dog unit of the police, but even that didn’t stop everything I had managed to create. He did, keep his promise. One morning my classroom door opened and a policeman walked in with a dog who immediately headed for my backpack and started barking. My parents also arrived. They let me out of the classroom, the policeman searched me with the consent of my parents and found all the grass I kept hidden. I felt my life shatter in an instant. They took me to the police station. I didn’t have the courage to look my mother in the eye. She never stopped crying. They gave me a year of socially useful jobs. When I went back to school the next morning, I felt my eyes on me, but no one dared to tell me anything, I went to meet my company that as soon as they saw me they went somewhere else. I looked for my girlfriend, but she also told me to stay away from her, so I went to the head teacher, where I burst into tears. I had made a mess and my life had returned to the same as before, indeed perhaps worse, now I had to find a way to return to that crossroads and decide to go the other way, so I asked my teachers for a hand.