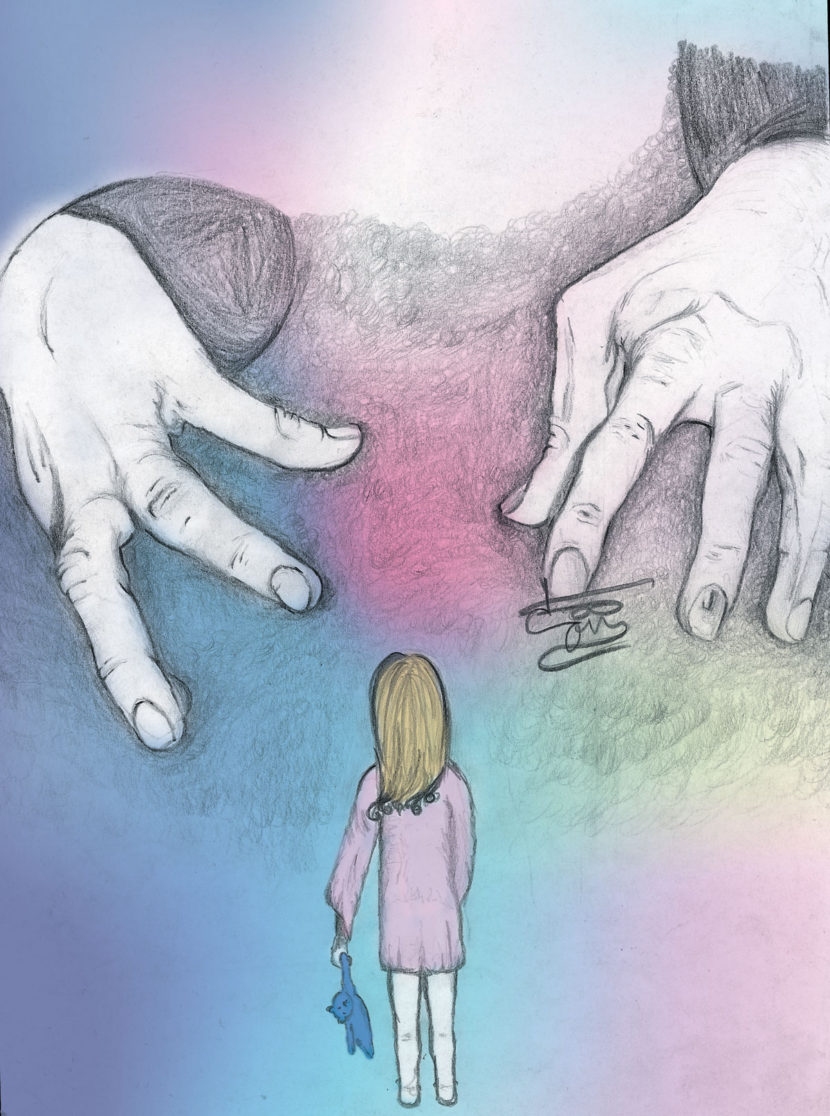 I haven’t seen him for a year. I know he’s not well. He wants to know if we can meet up. He comes over at around 10pm. My mother isn’t home. It’s just the two of us.

The moment I see him it doesn’t feel like any time has passed at all, and I suddenly realize how much I need him. He doesn’t speak, but he’s never been that talkative anyway. His eyes say it all. He’s changed a lot since the last time I saw him. The life he leads is written all over his damned face and I’m afraid to open my mouth because I’m afraid of what might come out. I’m angry at him and I don’t know how to deal with the way I feel. He ran off with another woman, choosing her over my mother, over me, over our family, and I’m hurt. He disappeared without saying a word. I tried following his footsteps in the desperate hope of finding him and becoming part of his little world. I got lost along the way and now I don’t know what to do. The thing is, I know that I can get something out of him. I just need to pluck up the courage and ask. Is this taking advantage? I don’t care, I feel absolutely disgusting, so I have to do it anyway. We’re at home and it’s just the two of us, after all this time. I look at him and ask: “Have you got any?” He looks at me as if to say how did you know, not realizing that he has it written all over his face. It’s obvious that he’s on coke. Even a fourteen-year-old child like me can tell. “Not for you” he says. He really didn’t want to give me any, but then I start to cry. I start to scream, letting go of all my rage, showing him how desperate I am. I beg him, playing on his weaknesses. He’s always been weak. He passes me the bag. “Here”. My hands are shaking, and he just sits there. That was the first time I ever tried cocaine. Everything stopped for a moment, all the noise, all the anger, and I loved it. I could finally breathe. I tell myself that I’ll never stop, and for a long time I didn’t. One day I saw him in a really bad way. “Let’s stop together, I know we can do it”. I try convincing him to stop. He can’t, and I am here now, at San Patrignano. I always think about him, and there is nothing I want more than for him to stop hurting himself. Sometimes just the thought of him drives me insane. I want him to know what my life is like now, how I’m getting on. But despite everything, he is still the most important man in my life. It couldn’t be any other way. He’s my dad.