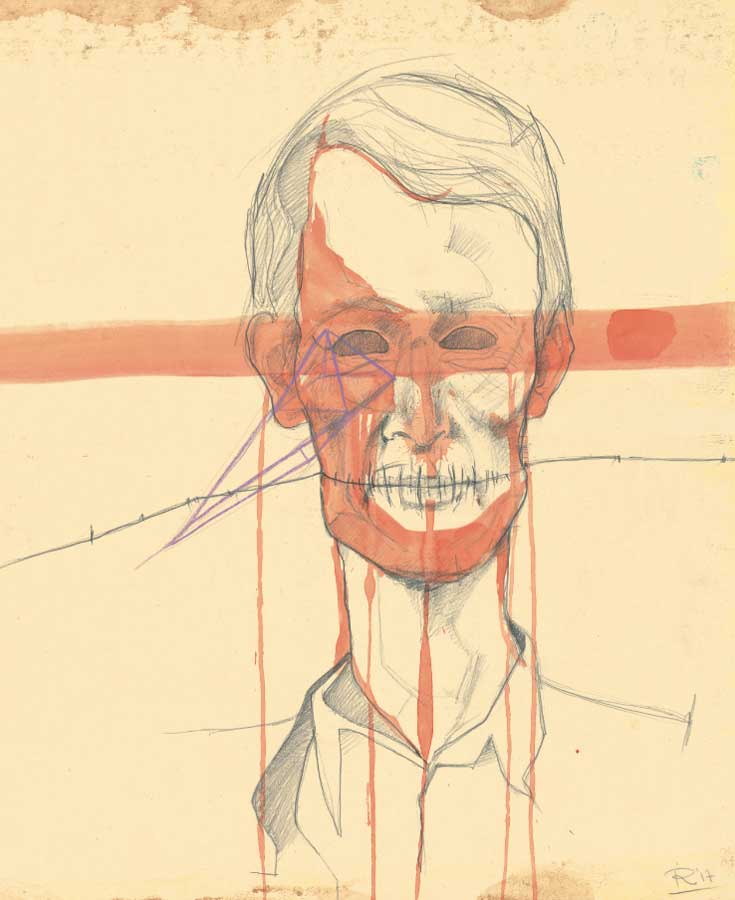 They have always told me that you should never look in the mirror when you are high on ecstasy because you can ruin your trip. I did it anyway, and seeing my own face was terrifying: I looked like a monster.

Michele was a 14-year-old kid, and he saw weed as just a hobby. It was a way to become part of a group, one of the boys. The ones that seemed like they weren’t scared of anything or anyone.

By the time he was 17, Michele was one of ‘them’. He had become the official supplier of ecstasy for his city. And there was nothing in the world that made him feel more important.

With all the money he made in nightclubs over the winter, he headed to Ibiza.

Getting high and dancing had become sacred during that trip, until that Friday morning. Michele got back to the hotel, way passed dawn, but still not tired. A friend had told him to never look in the mirror whilst he was rushing on pills, but he had laughed in his face. He decided to have a quick shower and then head down to the beach. He went to the bathroom and took off his t-shirt. He then found his reflection. His heart dropped, his eyes opened wide and his mouth grew wide. He didn’t even recognise the person staring back at him. He lost himself in this monster in the mirror, snarling the most hideous snarl he had ever seen, its skin pulled tight over its face, its pupils wide in hallucination. He thought that a bath would help him pull himself back together. His heart continued to beat wildly as he lowered himself into the tub…

Michele still doesn’t remember what happened. His uncle found him. He was staying at the same place. He had gone over to his room and knocked on the door, but there was no answer. “Michele, open this damn door!” He beat the door until his hands hurt. By the time he got in, the water was freezing. Michele was still breathing. No one knows how long he was in there for.