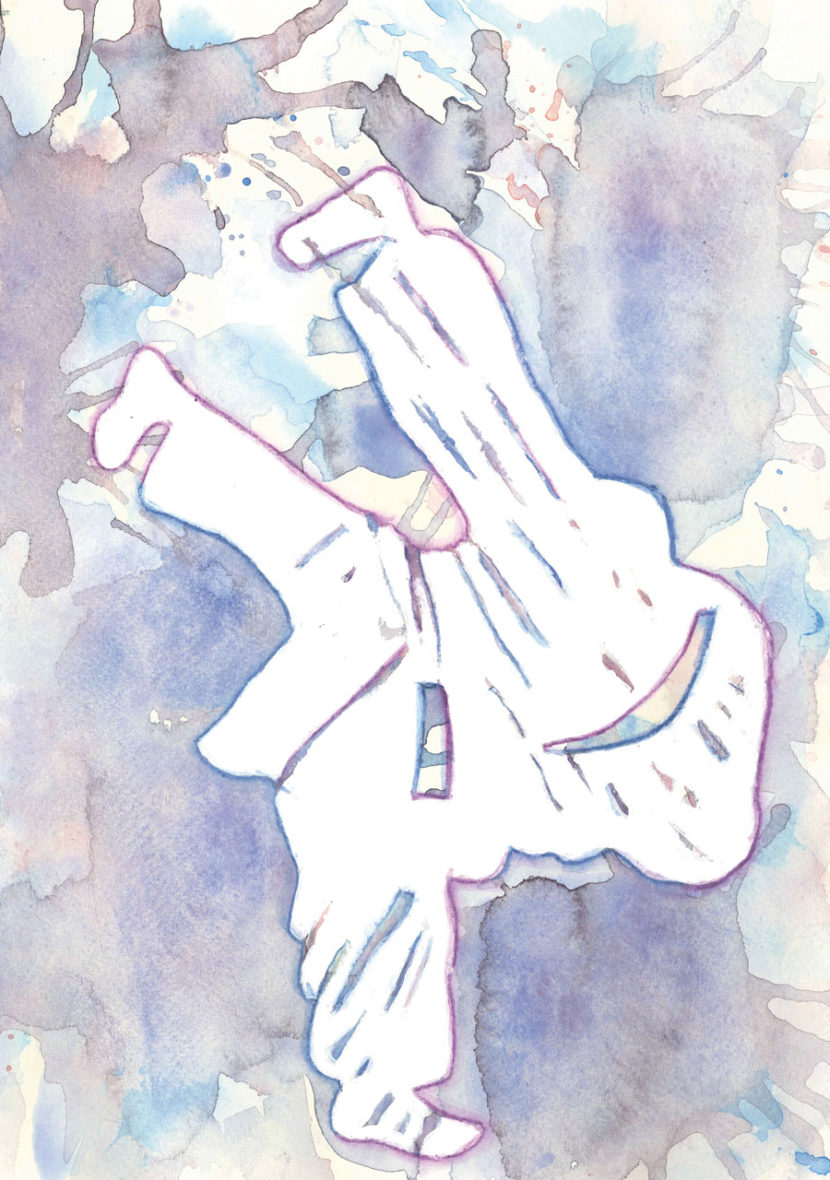 “Look out everyone, here comes the black belt!” My schoolmate was teasing me again, pushing me into a corner, making people laugh at me. “Show us what you can do, black belt!” He came at me doing his best Rocky impersonation, and punched me straight in the nose. He split my lower lip open, staining my mouth blood red. Everyone suddenly went quiet. You could hear a pin drop. They were all in shock. To break the silence, I started to laugh. Then they started to laugh too, as if nothing had happened. When I got home I went straight to my room and threw my books on the bed, trying to keep out of sight. “How was today at school my love?” “It was OK” I replied, finally coming downstairs to the kitchen. “Come in, supper is almost ready… Oh God! What happened to your mouth?” “I walked into a door, I’m lucky that I didn’t knock out any teeth!”

Things carried on much in the same way. I started taking judo lessons in Junior High, whilst everyone else played football. Of course I felt different, and I was convinced people could see that. I now realize that I was being bullied: they would joke around with me, sometimes they would go over the top, I would end up getting hurt and then afterwards no one would speak to me. I have always been a shy kid, ever since I was in kindergarten. I always struggled to be part of a group. My parents had always tried to get me to go out with other children, to try and integrate. When I started elementary, all people would say to me was to play with the other kids, that it wasn’t OK for me to be on my own. I ended up convincing myself that I was incapable of having friends, but I didn’t know how to express these fears, or how to explain them.

When I started Junior High though, I finally started to hang around the popular crowd, the kind of people that were friends with everybody, the group that didn’t listen during lessons and messed around. I was scared that they would start picking on me so I started to imitate them and play their little games, without even realizing that they had already singled me out and that everyone around me could see it. Slowly but surely however, I was drawn into their world and I wouldn’t have changed that for anything. If my parents had tried to interfere I would have been devastated. I kept up this image, that of a troublemaker, so that I wouldn’t be turned away, so that I wouldn’t feel different.

I started to drop out. School just wasn’t that important for me anymore. My parents couldn’t get through to me. All I could think about was being with my friends, and doing what they were doing. One night I found myself in a parking lot and one of them took out a joint. I knew what it was and I scared, that I was about to do drugs for the first time in my life. But that fear of being singled out, of being mocked, of being isolated, was far stronger, so once again I chose to follow the herd.

From that point on things deteriorated. I was turned on to the fact that I could block everything out, that I could detach myself and feel strong. Superior. I finally started feeling good about myself. I was able to avoid my difficulties; everything seemed so simple and immediate. I just didn’t care about anything anymore. If things weren’t going so well at school, now I just didn’t go at all. If before I would be out all afternoon, now I was out all night. The clubs became my home, they were a place where I could really let go and become someone else. I had finally found what I wanted: to be in the midst of so many people just like me, and to escape my thoughts completely. In order to be part of the group, I left school completely; I started drinking heavily and experimenting with other drugs too. I continued to spiral until I finally ended up on heroin.

I was now at the mercy of a drug, of a lifestyle that dragged me down even further. I felt untouchable, totally numb. I kept it moving, hustling for the money that I needed to get high, spending a little time with my parents here and there, pretending to have a job. This went on until I got arrested with my dealer. Because it was a first time offence I avoided jail, and ended up on house arrest.

My parents were begging me to change my life. I sort of half listened to them, agreeing with them just to keep them off my back. I had a girlfriend who would come over with heroin and we would spend all day together. In the evenings my parents would lecture me, but I just saw it as the price to pay for being arrested. As long as I had her and the drugs I was OK. These lovely little lies went on until one day reality confronted me in the form of my father, who told me that this girl would ask him for the money that was getting us high. She was just using me.

I had lost everyone. I was exhausted from fighting so hard to surround myself with people, to not be alone, so tired that I finally started listening to my parents. One day my father came home from work and told be about San Patrignano. One month later I came in.