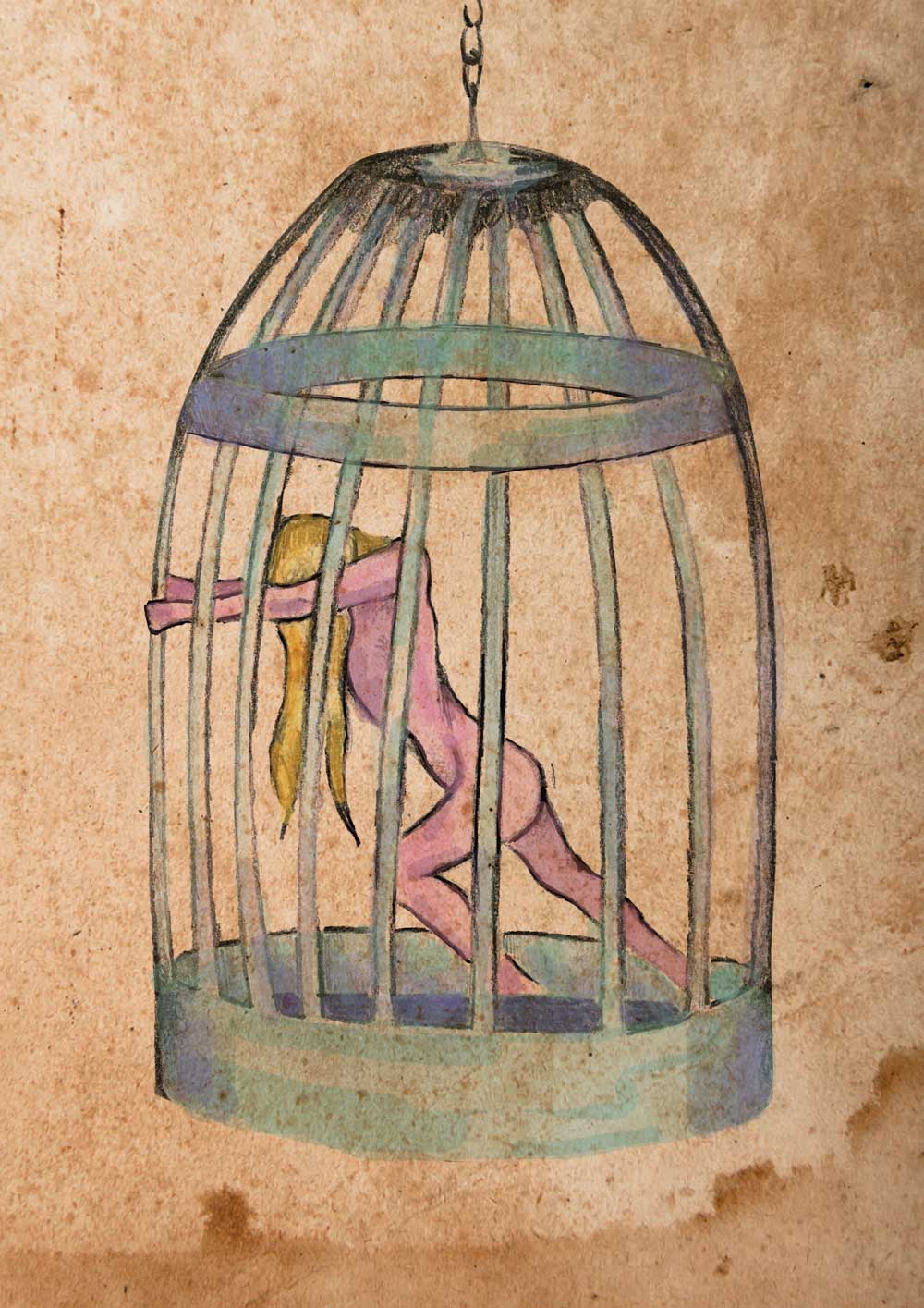 I met Jessica at a video game shop. I went there with a friend of mine because we had an appointment with some clients. I was impressed. She was a B-Girl. I fell in love instantly. I began to go to all the places where I knew I could find her. After a while we got together. I met her family. It wasn’t really the best set up: her parents had separated but were still living under the same roof. They were fighting every day. Jessica was not doing well. I was so in love and I was convinced that I could help her, that I could take her away from that hell, away from that life. But the weight was too much to bear. The only thing we could do was lock ourselves up in her room; we made love and smoked weed. Shortly after that we started taking pills and snorting coke. That was our way to escape reality. Holed up in that room nothing could hurt us. The problems only started onced we opened the door.

We started going to raves. That first party left us speechless. We could not believe it! A warehouse full of people dancing to techno rhythms in front of a wall of speakers. Everything was available. That atmosphere was so ‘free’. We had found our dimension, our world.

At that point we had pretty much tried every drug you can imagine. I was 18, Jessica 17.

We were high every day, from morning to evening, till we collapsed.

Someone offered us heroin one night, to so that we could come down off all the chemicals that we were rushing on. A short time after we were strung out and dope sick.

They arrested us. We ended up in jail, then under house arrest. We were no longer able to sell drugs to feed our habit. We began to lose our dignity. Betrayals, lies… We would do anything for cash.

We were two kids getting devoured by smack.

One evening I locked myself in the bathroom. Jessica was lying on the bed, high. I looked at her before closing the door behind me. She was not herself anymore, there was nothing left of her. She was slim, pale, dirty, lying on our bed, on filthy sheets that we had not changed for a long time. The same bed on which we were once so in love.

I collapsed on the floor near the toilet. The wounds were too deep. I kept injecting myself with the hope that the pain would go away, but there was no way that could happen. I started to cry. I didn’t know what to do anymore. I wanted to end my life. Then my thoughts went to Jessica. I opened the door. I had to save her, take her away.

It was not an easy choice to enter community. We were two kids. We were supposed to be out in the world, enjoying our lives, but we had been deluding ourselves thinking we had found an alternative.

And now … We’ve had to restart everything. I do not know if Jessica is the woman of my life. We’re just two kids. But I promise this time I will do everything to save her. To save us.