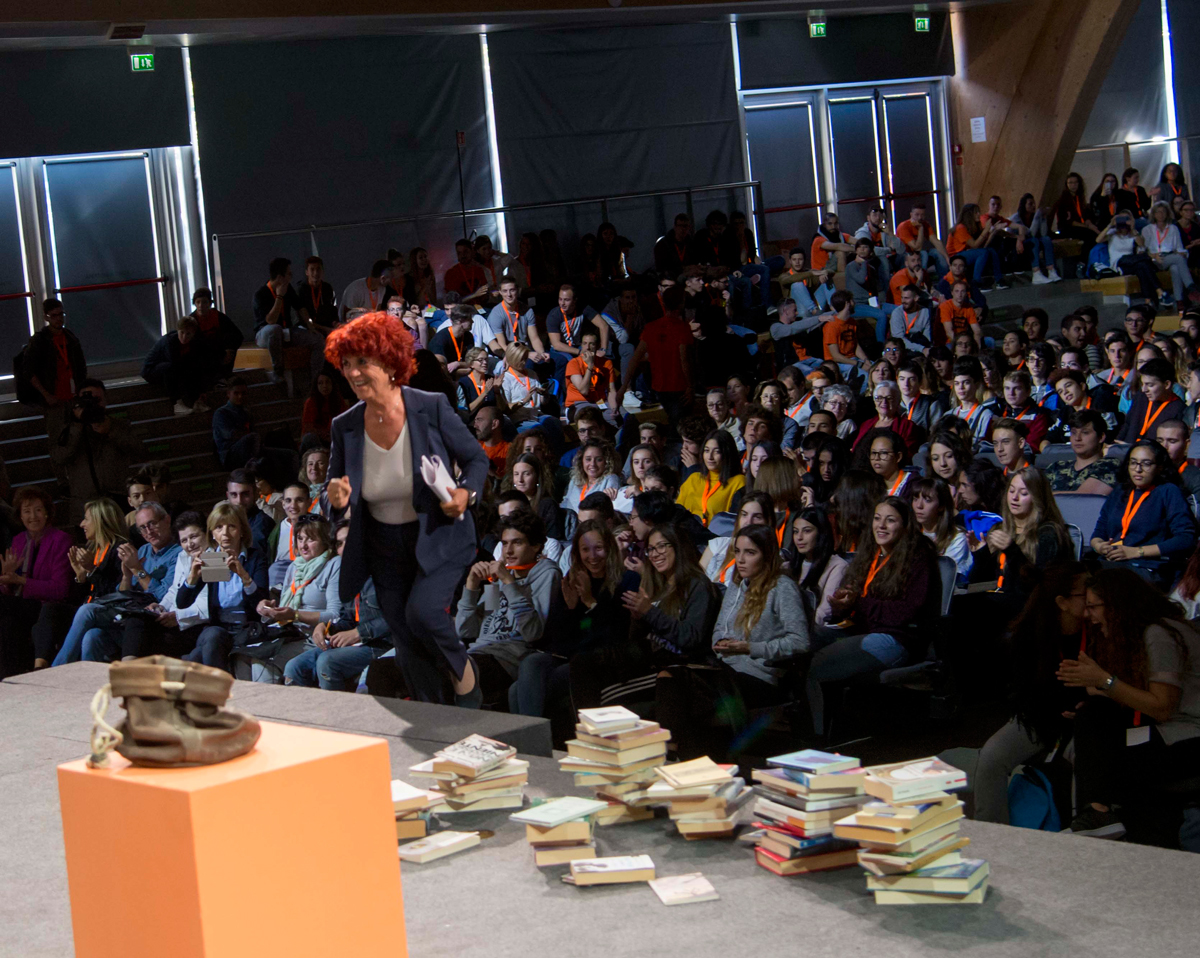 Adolescence between the diversity and homologation. This was the theme of the second day of the forum of the WeFree Days, the San Patrignano community’ prevention event, realized thanks to Banca Carim and Lamborghini Trattori, tractors, with over 3,000 students from all over Italy. Exceptional Guest was the minister of instruction Valeria Fedeli: “I came to realize as soon as I arrived at the ministry, that adolescence is a not considered much in the ministries in a whole; theme on which San Patrignano makes an important contribution,” she said. “An important point is digital education, to understand the content that is being transmitted on internet: it is said, for example, that there is no dependence on marijuana, this is not true, and the consequences that marijuana use leads to, are not explained. We need to understand how the digital world has changed the relationship system to school authority, parents, media have collapsed, and as a minister I’m working on it. There is no simple alliance between schools and family, it is a co-responsibility agreement where each one takes their own position. Today, one passes from one end to the other, from delegation, that is, the delivery of the youth to the school, with the total replacement of the function that the teachers has to do, maybe because with the digital we all feel experts. ” The minister concluded by saying, “No to indifference, not to disengagement but also to delegation, because it serves a cross-section of competences and actions to give today’s teenagers the necessary points of reference in a society where they always propose different dependencies like gambling, internet, drugs, and alcohol. “

A drug emergency highlighted by Antonio Tinelli, chairman of the San Patrignano Community: “Drugs today are a means of homologation, it is no longer a way to be alternative, but it is now for adapting to the group, for fear of being excluded. This is why it is more and more trapping into drugs ever younger ones than in past: last year, 32 youths entered in the community compared to the 15 of the previous year, the average age of substance intake has dropped to 14, Sanpa’s average guests age has decreased by a year”. One recipe for this disease: attention and care. “The community proves to be a different, working model that is based on the care and attention given to individual residents, “concluded Tinelli. It was then the turn of the psychologists. Elena Marta that highlighted some points: “The spread of dependencies results in a lesser perception of risk, so it is necessary to say that addiction is not normal. What extremely hinders the construction of a sense of limitation, therefore orienting the youths towards a choice. The indication of super-performing targets, on the other hand, does not teach them to face their own weaknesses and generate performance anxiety. “

Daniele Biondo, a psychoanalyst of the Spi-Ipa, spoke of “realizing the process of growth and subjectivity” of adolescents, defined as “equilibrists and dolphins,” with the role of “Internet as a painkiller”. “Do not avoid the conflict, which is a method of confrontation with the others, as some parents do,” recommended Paolo Ragusa of the Cpp Psychopedagogic Center.” And it is also necessary to have a proper way of depending in the sense of belonging, with a true love relationship and not of possession. Not being too soft just listening, but have more ties and more conflicts, also using the rule as categorical.” The concept resumed by Don Andrea Bonsignori, who said” if this is missing it is then already a first form of addiction”.

Researcher Roberta Potente reported the data of the Espad Report of the Institute of Clinical Physiology of Cnr: “four years have passed, we confirm the research on the growth of frequent use of substances of students of 15-19 years and the data is correlated to others” One third of the youths, about 800,000, tried at least one substance, mostly cannabis, but also the much more dangerous syntheticones, in the 2% of cases it was without even knowing what it was. “The problematic consumption of cannabis is of about 25% those who used it at least once,” the researcher added. “The most frequent consumption is associated with the risk behaviors such, unprotected sexual intercourse, ludopathy, smoking in great doses. The free use of medicines, sleeping pills and painkillers is also noted, even sniffed use of Oki that causes exciting effects. This consumption mainly affects girls with poor self-esteem and unsatisfactory relationships with their parents and friends. “Gambling involves almost half of 15-19 year-olds, about a million students, although gambling is forbidden to minors (they do not even have the perception of illegality) and a quarter of the boys are also among the problematic players. Gambling and pathological gambling also deals with the Game over project, which was discussed by lawyer Marco Polizzi, president of Primoconsumo.

A clear picture: “The gambling in Italy generates a turnover of 100 billion euros, the highest in Europe, which guarantees nine billion of revenue to the government”, figures in front of which there are few “50 million of funds for the regions obtained in the 2016 financial year for preventive and contrast actions. ” However, these are important signs, such as the “pilot project in six schools for a training event on the pathological game” and the number started by the Higher Health Institute as a national listening center for those who have problems with ludopathy” then ended Pino Pecorelli which tells about the youth gathering experience of the Tor Pignattara Small Orchestra, whose slogan is: “I grew up in a neighborhood where you see what’s infront of your eyes and not your color.” Within the day, he was assigned with the WeFree Award to Sido Bonfatti, chairman of Banca Carim and Massimo Lapucci, CRT Speaker, for the support of the project. 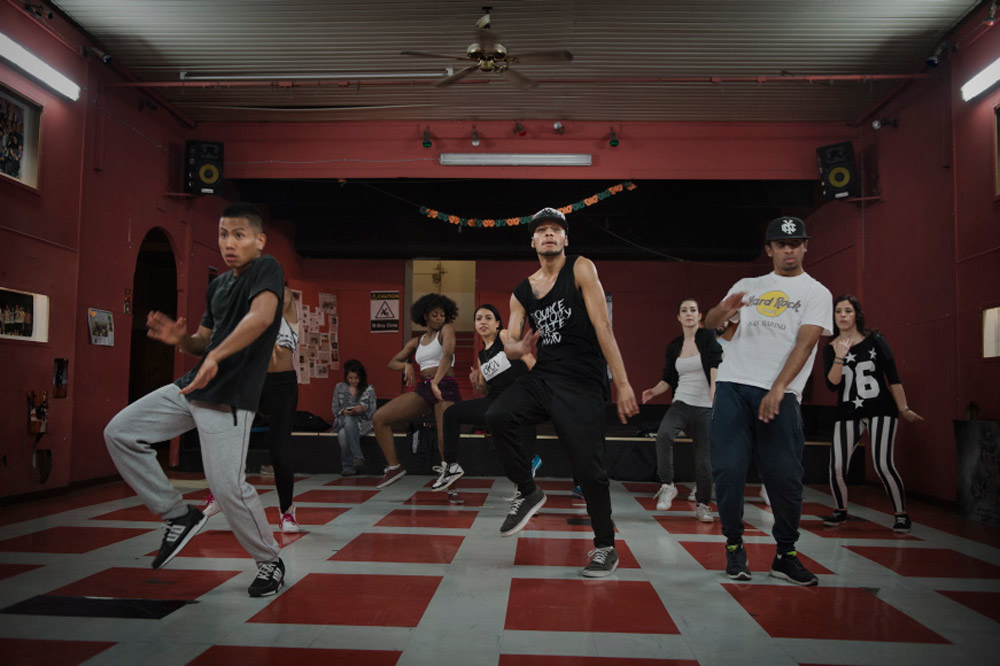 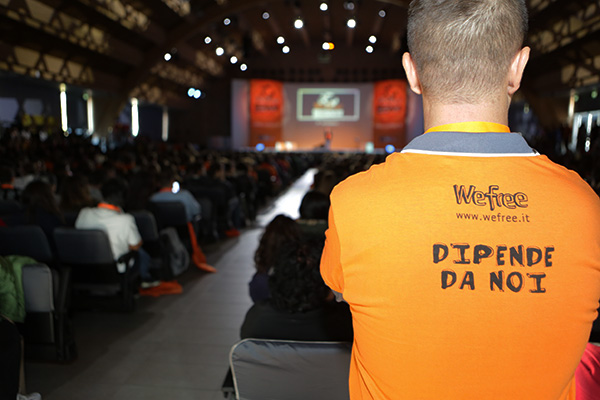 Twists, stories of life and rebirth at Ikea 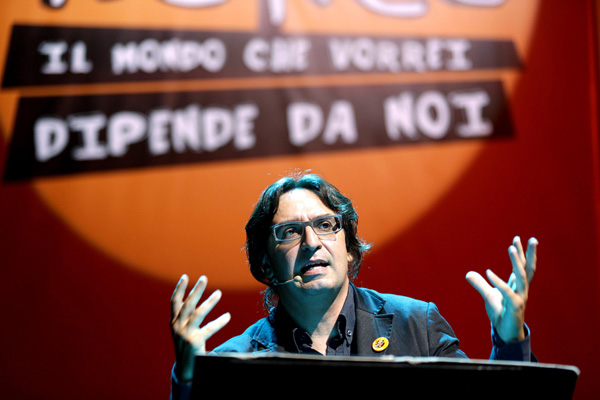