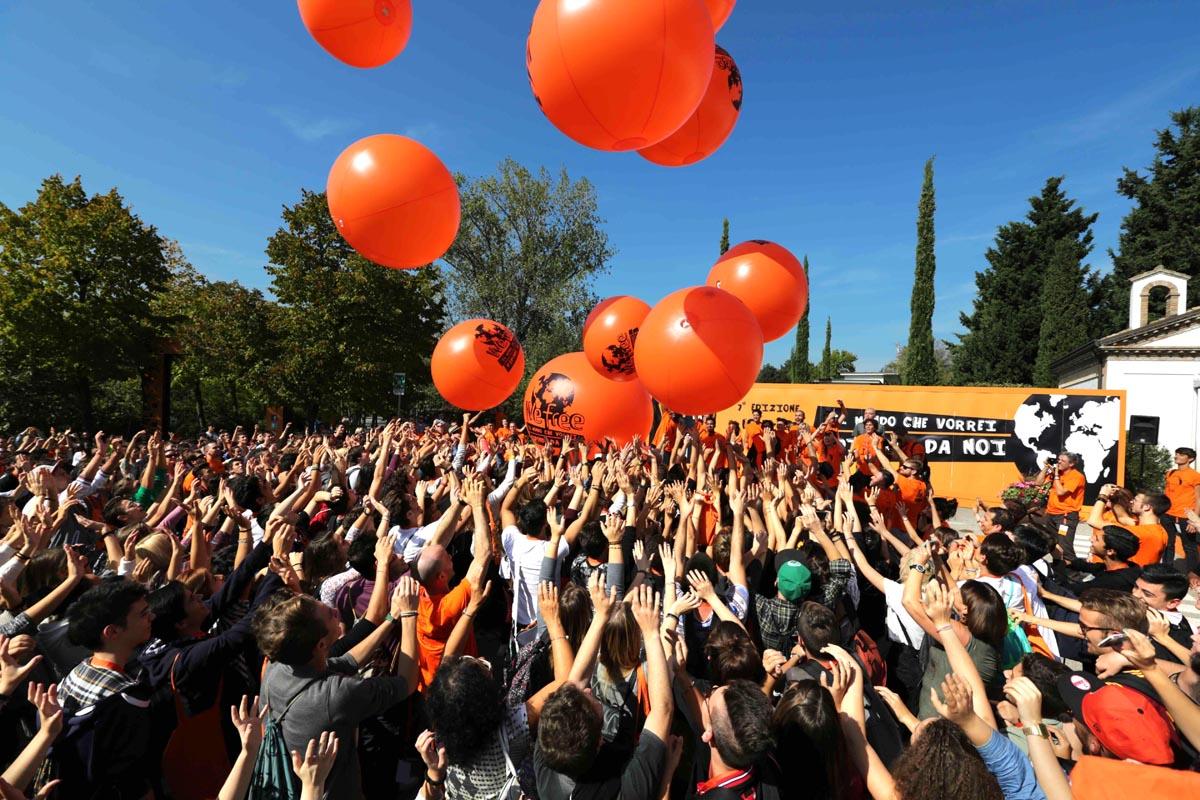 Over 3000 students from all over Italy tomorrow will be in San Patrignano to talk to each other. Some important members of the institutions of: political, entertainment and cultural of Italian and international range, will attend. Minister Valeria Fedeli is much waited on Wednesday.

Ten years of drug prevention for a good lifestyle. This is what will be the WeFree Days OF 2017, happening on Tuesday and Wednesday in San Patrignano. It was 2008 when for the first time the community started this event, launching the annual prevention campaign for students across Italy. Since then, the project has grown more and more, involving during 2016: 300,000 youths from 2,000 different middle and high schools throughout Italy in more than 500 stage performances. meeting Over 14,000 students in debates, Moreover, 12,000 students visited the community.

In these WeFree Days OF 2017, thanks to the main sponsors, Banca Carim and Lamborghini Trattori, tractors, there will be 3000 students coming from the Italian regions of: Trentino, Alto Adige, Veneto, Lombardy, Emilia Romagna, Umbria, Marche, Lazio and Abruzzo. those will come to the community to meet with the world institutions of scientific and social matters, also meeting important figures of entertainments of both, cinema and culture.

The event enjoys the High Patronage of the Presidency of the Italian Republic, the patronage of the Emilia Romagna region And the municipality of Rimini, sided by the Ania Foundation of street safety offering a lot of activities for students. During the morning, the message of prevention will go through the spectacles that San Patrignano brings to the school, During the rest of the year and in the theaters of all of Italy, which have as protagonists the residents of the community, who arrived at the end of their program or that have already reintegrated into society, they provide The story of their experience with the aim of raising students’ awareness to addiction and lifestyles at risk. At the same time, some students and some adults, will participate to a forum intended to create a dialogue of both adolescents and adults with the intention of creating synergy with the educational agencies. Among the guests, representing the Government, there will be Gabriele Toccafondi, Undersecretary of State at the Ministry of Education, University and Research. Next to him to discuss the theme, there will be Antonio Affinita, General Manager OF MOGE, Matteo Spanò, President of the Italian Scautism Federation, Marco Guizzardi, Director of the Italian Sports Center, Julie Schauer, Founder OF “Parents Opposed to Pot”, Livia Pomodoro, Lawyer, Eugenia Carfora high school “F. Morano “, headmaster, Enrico Galiano, Teacher and Writer, Christian Spasaro, Inspector at the State police during the afternoon, students will attend the forum section, where they will have the opportunity to BE face-to-face with culture, entertainment and music. AT the title OF #loveyourself, THERE will be the Paralympic athletes Andrea Devincenzi and Massimo Spagnoli and the dancerKira. In the second section there will be the documentary “Finestre sul Mondo”, Will be shown and described by the journalist and writer Giovanni Terzi and filmmaker Francesco Furiassi. The Exceptional presenter will be the bassist Saturnino. Finally, students will have the opportunity to experience “a healthy fun” by participating in numerous interactive workshops, realized and conducted by Italian and foreign social realities using the arts as a method of recovery and recreation for youths in situations of marginalization and difficulty. Among them are the Underground Terminals from Rome, the Drop Company and the Pepita Orchestra from Milan, “Sballando / Ballando”, “Not dancing high”, from Bassano del Grappa Venice, also Fifteen te restaurant chain from Great Britain,Founded by the starred British cook Jamie Oliver for outcast reintegration; Transformers WeLove2Dance from Portugal, Street Univercity of Berlin from Germany, WedoWE from Holland . In addition to all of this, students will have the opportunity to interact with the residents of San Patrignano in various activities, from theater to singing, to drawing. greatly expected on the following day, OF Wednesday 11 October, the Minister of Education, University and Research , Valeria Fedeli, who will take part in a forum to discuss the issues, pitfalls and obstacles that every adolescent encounters during Their growth. WeFree Days will have as media partner a local Newspaper QN – Polygraphic editors and will have the FCA as a courtesy car.