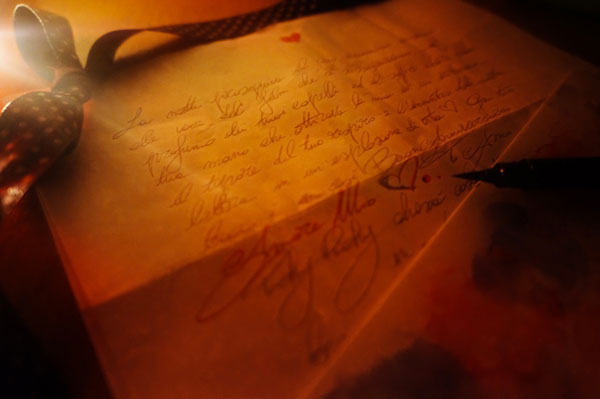 Today, some students studying at the Cattaneo High School in Modena, have come to visit Sanpa.
We talked about our passions, each one of us has one… or at least I think each one of us should have one! As to me, my passion is to write, there are several reasons why:
I love to write, I do not know exactly why, but all I know is that I love to write. I was asked to write an essay explaining what it means for me to write.
Well, it sounds weird, but I had to start it all over again, five times. It might seem odd that one who love’s writing cannot easily write the explanation of how come it is so.
However, it isn’t that I cannot explain it, it rather is that I would like to be able to describe it exactly the way I see it.
The first draft I wrote, didn’t really explain why I love writing, instead it questioned why wouldn’t I be able to not love writing.
Having said that, one could say it’s irrational, so I discarded it, although it further emphasized why in the end, I love writing.
To make some sort of sense, otherwise it would rather be just nonsense…
What’s this one would say, is it contradiction? No, it’s just that I love writing, in any available moment or sometimes almost never.
I love doing it when I’m sad and when I’m happy, when I don’t really want to say anything in particular, or when I want to say many deep things.
I love to excite people hoping that what I write goes exactly where it is intended, without any shortcuts but directly there, word after word.
Because writing for me is a means to go where I want. It’s the flag in the golf hole, the punching sack for an angry boxer.
The sense of not actually having any particular destination. It’s one’s favorite song or the look in the eyes of the person that one likes.
It is peace and anger, silence and noise, whisperings and tenderness. It’s ringing the wrong bell to meet the right person.
It’s a car race or jumping from a bridge bound only to an elastic cord. It is like having a rest between the fresh linen during a summer afternoon.
It’s the falling of a tear brought to a heavy weeping being done, as it could otherwise be, an angry shout of desperation.
It’s a bath in a lake, a night of shooting stars, one’s own loud thoughts. It’s daydreaming when dreams are no longer possible.
It is to know where to go, what to want and who with. It is like going hand in hand without being afraid of risking.
It’s the look of a baby when first noticing how cold the snow is. It is as nice as never having to ask can be, or like always having the right answer.
It’s like when one feels free, or like receiving a friend’s letter. It is like the fireworks of New Year’s Eve. It is parallel to the act of never giving up when the ink is over.
It’s commas, dots, letters and words, or just the white sheet being rewritten for the fifth time in a row, with the intention of expressing one’s own point of view, because I believe that this is writing and I just love doing so.