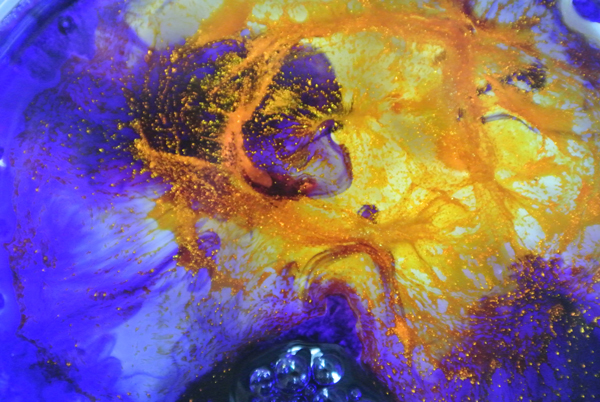 Allow me to introduce myself. My name is Silvia. I’m 30 years old. I am of the Zodiac sign of the Virgo and unfortunately I have all its negative features. I don’t want to have anything to do with those of my own Zodiac sign! I’m habitual in usual schemes and lazy, although I’ll rather say I prefer taking it easy. Lazy sounds more like one who avoids working! I like to have everything under control, everything fully organized. The unexpected change to my biorhythm could seriously make me go out of my mind.
I’m an only child. I do not have any particular hobbies. I sing now and then, I’m not at all sporty. I cannot draw. I read a lot: all sorts of novels, except those hard to follow ones. Psychology fascinates me, the complexity of minds in general, as well as tests that try to read through people’s minds and heads. I tend to be romantic, one who still believes that sooner or later, the fairytale prince would come; one could say I’m daydreaming and unrealistic. But didn’t I say that I was precise and well organized? Anyway, I like to be around people, yet I may seem cold, detached and sometimes even snobbish. How can I not be so when in fact, the reason why I’m like this is due to my paranoia on others’ judgment… i.e. ‘what do you think of me this morning, if I put on a stupid purple cyclamen tight training suit, that doesn’t match with green shoes?’ I’m assaulted, or for its better if I turn my back, be grumpy and sour rather than telling myself, I’M AFRAID. Afraid to feel even that dramatic need to disappear, not to be there.
‘Your daughter has your same hair, you don’t know how to comb it, that’s why it always seems messy.’ I was standing in front of the mirror. Six years old, a baby girl, skinny as a twig, already looking at her own ‘wrong’ image, when in fact I should have loved her more than anything else. I wanted to be anywhere rather than there. My grandmother, muttering angrily while brushing my blond tufts. It happened every morning. Every damned morning! As my mother ran between the bathroom and the room: always in a hurry, always busy. She worked so hard being single mother. I grew up on my own and with the help of my grandmother, which had the bulk of an unsatisfied life, on her shoulders; unfortunately this had made her very negative towards everything and everyone.
I grew up in constant conflict with her, we often quarreled. She wanted me to change my hair cut, obliging me to dress in another way, wanting me to act as a lady, but regardless of my effort, I couldn’t satisfy her. What I felt from her was that all I did would never be enough for her; I could never live up to her expectations. Grandma often quarreled also with Mom. The reasons were more or less similar to mine, but Mom reacted to her, by all means! Then she would slam the door and leave. But I stayed there. Hours, days, years…
I never dressed well, I did not know how to match the colors, my hair was either too short, or too long. I stood in front of the mirror and wondered what was wrong with me! Grandma had never obtained anything from my Mom. She was canalizing all her frustrations onto me, although, it wasn’t my actual fault. I wasn’t her.
Who cares!!! You know what … I couldn’t care less. It took me plenty of time to shout it to myself in the mirror, which had always looked back at me with unsatisfied eyes. I like purple cyclamen and I like to match it with acid green shoes.
It’s not easy though! It has never been easy to carry my insecurities around. The only solution I had was to get away from those uneasy eyes and the vociferous criticizing mouths of those I had known for so long, before they started resembling those I had known for so long in the mirror of my grandmother’s room.
Hence I chose others eyes, those who liked me just the way I was. Maybe they didn’t even notice my purple cyclamen stockings. It didn’t matter to me anymore, because at some point it didn’t bother me either. Although, with them I got away, I ran off. I even got lost with drug and alcohol.
It took me long to accept myself, when looking in the mirror, hence accepting my paranoia (that will always be there) to choose who to be, to choose other eyes, to especially trust in my parents. I’m still afraid to not feel accomplished. I’m still afraid to try those feelings again. Moody, bitter, disliked …ugly…I couldn’t care less!
I bought two pairs of socks. It was the first thing I did when I got home after years in community.
They are folded and neatly in order in the drawer. I’m of the Zodiac sign of the Virgin. Chaos drives me nuts. Color? Forget about it.