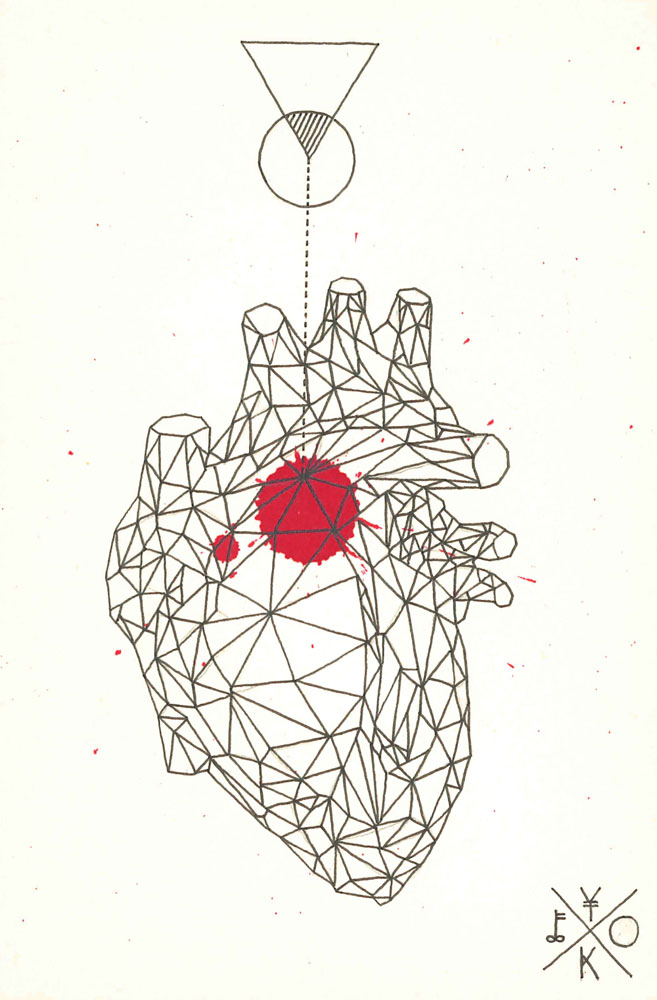 We are embraced on mother’s bed. Tomorrow will begin a new chapter of our lives. We, inseparable brothers, united by an unusual destiny. I hold his hand, I look at it, and every time I lose it in his green eyes, so deep and mysterious that you can never figure out what is he feeling. Flavio is all my life, the strangest boy I’ve ever known. Since a child he lived in my house. His mother, a young mother with the American dream in her head, worked all day and then, in the evening, she went out with her friends. For this reason, Flavio lived on a regular basis with us. He was like a “brother” and all the neighborhood thought he really was. He was a strange, a silent boy, always disheartened, with that hard-wearing mask, but in my presence he often became the real Fabio: a sensitive and fun person. I called him Gabby, and although my nickname was annoying to him, he never told me anything. He cared for me more than he believed, even though I did not do anything to be fun to him. His way of acting up, made me angry so I often treated him badly. Our relationship was a swing between love and hate, perhaps more hate. The time passed inexorably and we changed: our bodies, our sensations. Now we were teenagers and he was beautiful, so handsome to take your breath away. Now I felt uncomfortable near Gabby. When we slept on my mother’s bed, he embraced me, and told me “I love you”; I was locked up like a marble statue, waking up without being able to sleep again. The next morning everything came back as usual. Between love and hate. For me it was more LOVE. We spent our days wandering in the neighborhood, a popular neighborhood of immigrants, between drinks at the bar and smoking joints in park while drinking beer. The feeling I felt was getting stronger, growing every day more, but I could not prove it to him and admit it to myself. One evening we were at a party, we got drunk until we got sick. At some point we found ourselves lying on a lawn. It was the most exciting kiss of my life, it was as if the antipodes of the world had come together to become one, magnificent and spectacular. I was exalted, my stomach went crazy, and I had a smile printed on my face. In short, it seemed to me to fly. But it all ended when the first rays of the sun peeked out of the mountains. During the following days, maybe for embarrassment, we did not even address a word. Gabby did not even sleep at home. He was avoiding me and was doing it seriously. Why? Maybe I did not like him, maybe I was not as nice as the other girls around, maybe … I decided to do just like him. Gabby did not exist for me anymore. Months have passed from that night. I felt better. Then I heard some news: Gabby had been engaged. When I saw them together, I did not have peace any longer. The anger I felt was burning me inside. “Why did he do that to me … I hate him!” I had to find a way to make him hurt, as he did to me. One afternoon, as I was going with a friend to buy weed, I knew Cri the brother of my dealer. In a moment, my mind lit up: I had found the way to hurt him … and this time it was perfect! Gabby knew that boy very well since they were kids. The night after we were in the streets together, I took him to the places that Gabby hanged out, I did my show with the hope that he would notice it or that someone would say something to him and then we went to an isolated place, we took drugs badly, I was wasted, I felt so sorry. When we got back to the street I saw Gabby; he was waiting for me, he was looking for me all night. He was angry as hell, I never saw him like that. He approached me, he insulted me, and gave a slap to my face that made me bleed from my nose. The pain I felt made me feel good, finally now I had him, his attentions, his anger. He embraced me, then took my head in his hands and said, “Why did you do it? I love you and I will not leave you any more … Don’t  make me feel bad anymore! “” Ok, but leave that girl. “” Tomorrow I’ll do it, now let’s go home. “We walked home making plans not to wake up my parents, I did not want them to see me all cluttered and dirty. He held his hand on my forehead and with the other he held a towel on my nose: the world around us suddenly disappeared. He was still angry, I had my nose and my mouth dirty with blood and that towel was absorbing all of our pain, all the bad we had done to each other. The bold inertia, with which I was accepting to be a monster, made me suffer. A monster with frightened eyes full of tears falling down on the temples, a monster crying at that moment as it had never done in its life.