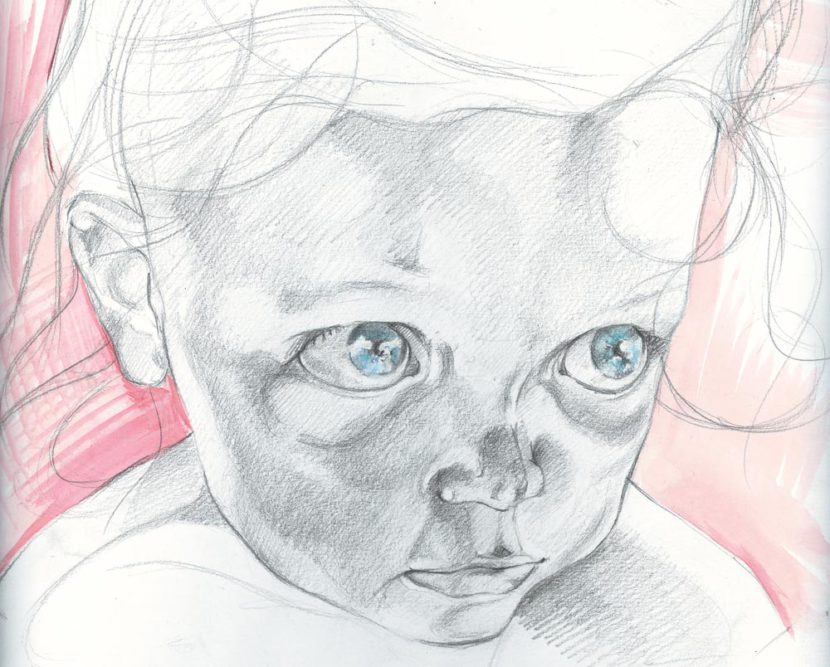 It’s snowing a lot today. Outside everything is completely white and silent, the snow dampens every sound and makes the landscape around surreal. I like all of this; I like to slowly walk under the snow flakes, the sound of my steps is my only company and I like to take these moments to think.

I’m 40, 45 actually even though I do not want to admit it yet and my life is … well, it’s certainly isn’t as I had imagined it.

I had a daughter when 18 and a half, a beautiful dark baby, with a lot of black hair and big brown eyes. Eyes that from the first moment they looked at me, have been vividly held in my mind, not even years later, when those same eyes had become dull, veiled, kidnapped by heroin. But it’s a long story.

In my heart I know how hard I tried to face this life that was never easy, that every day have put me in front of the hard tests that sometimes I passed, but at what price?

My daughter’s father left me when I had her in my womb after a few months.

Initially we wanted to have a baby, I do not know how many times we made love so that we could have a child. We were both just under twenty, we were drifting  but we had many dreams; I had stopped using heroin for a few months, love had saved me, or so I thought. We smoked together just a few joints, so that we could keep that minimum of cheerfulness, of lightheartedness, to support the everyday life we did not like so much.

We were living with illusions, two kids who wanted to live as adults, to play the perfect family without having any capacity at all. We thought that a child would be the perfect glue between us, forever, something created by our love, someone who would never set us apart.

What a fool was I shortly thereafter, events showed me this, reality violently came in front of me, day after day.

He left me as my belly began to glimpse. One day he told me that if I had an abortion he would stay with me, he did not feel like carrying on that dream of ours anymore. It had suddenly become something frightening and tiring to him, but it was not difficult for me to choose, I thought he might have given up again sooner or later, while a son would never.

I think my family hated me and if they didn’t, well, they didn’t prove otherwise. I had done a new scandal in the neighborhood: first I was a seventeen-year-old heroin addict, now I was an eighteen-year-old girl-mother.

But this did not affect me too much, I had my baby in the stomach and in the evening, when I locked myself in my room to ward off the screams of my family, I stroked my stomach slowly, around the belly button, hoping to hear something moving, waiting for a kick.

Yet I never thought of seeking comfort in heroine at that time, I had that life inside of me that asked to come out to the world and wanted it, I felt it and this also pushed me to move forward. I had a purpose now, something that made me keep my eyes open and that made me walk, something without which I could not move a finger ..

My life has always been as if in function to someone or something; therefore, my daughter grew up, fragile as me, and she too has not been able to defend herself, and from when young she took drugs. Now she is doing well,  she has entered a community and when I look at her I see a strong young woman, I see what I wanted to be and I am proud of her.

I keep on fighting, as much as I can, I do not give up, I am a tough cookie.

Tomorrow I’m sure will be better, for now I keep on walking, here, in the snow that has not stopped yet, and has continued to fall silently.