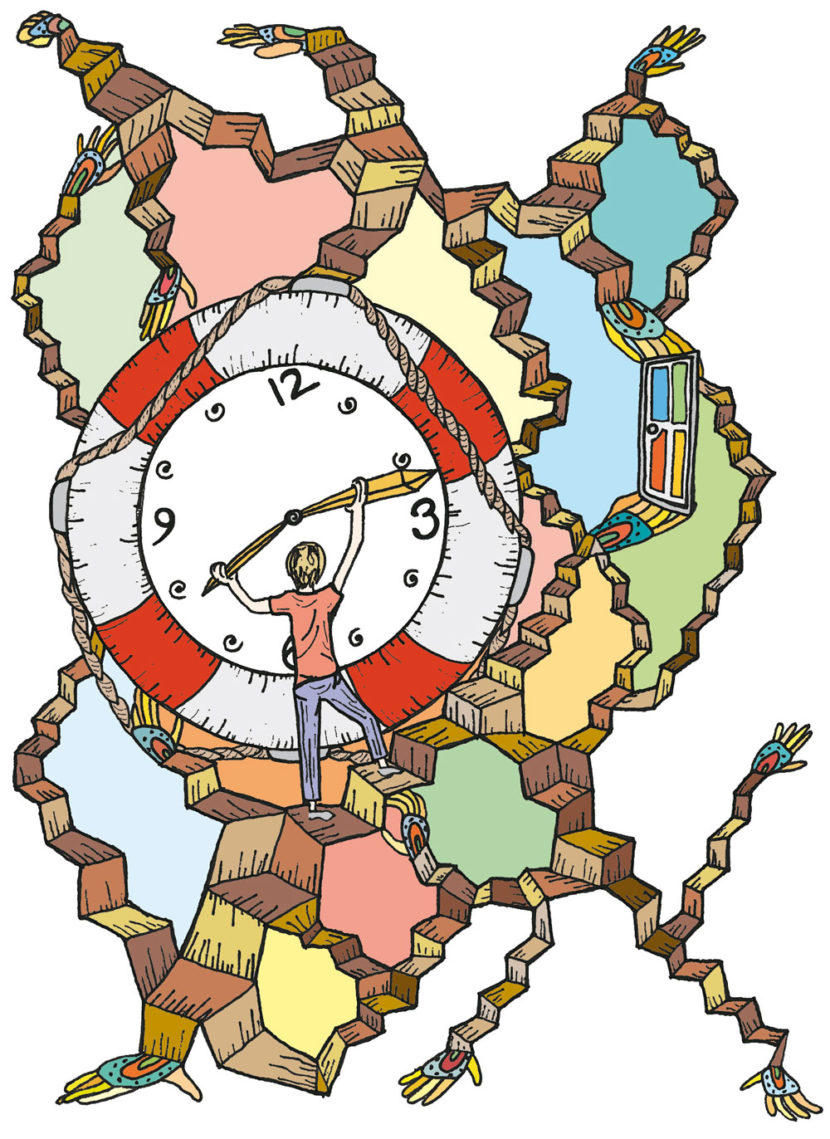 I thought I was already big because I knew how to take care of myself and who was close to me, without asking anything to anyone. I always found ways to solve my problems in my own way. It was a long time that I was living in the streets. I was in an abandoned factory along with another two or three others. Together we arranged how to move on. We had a small electric oven, sleeping bags, clothes and things left in bags, which we opened when needed. in order not to leave things unattended, we went to town in turns; we always tried to fix us what we needed to survive. There were several ways to find money. Many begged for money, inventing the most absurd stories; others dealt, or brought people from one who sold. I stole. I went to the shops, or between the stalls of the market, and put everything under my clothes, even other clothes. I was very good at not being seen, very few times I had to run away. I never got caught. I had to grow up in a hurry to survive. To endure all this, so as not to feel the weight of my choices and the days, which always led me continuously more degraded, I started using heroin. When I did, I was able to overcome any obstacle, to make me slide on everything. Any emotion, beautiful or ugly, could not touch me. That was how I lead my life until a while ago. My dad had tried to talk to me, to make me change, but I had cut him out of my life. For pride I wanted to live as I said, demonstrating to others and to myself that I knew how to survive alone. That’s why I had left home six months earlier. I was eighteen, but I could not agree with having to depend and listen to the group, so I did it my way. One day I went back to the factory and found other people. They had taken everything we had and made us leave. That night I slept on a bench. I still remember the next morning: when I woke up I thought I should have become like them, like those who had thrown us out, if I wanted to stay in the world. Then I thought so well and I realized it was stupid. I could not become like those I hated. So I went home. I came to the landing and knocked on the door with my head low. When my mother opened, I could only say, “I need a hand. I cannot do it. “My parents took me to the association that would bring me to San Patrignano. They told me to listen to others, to do what they tell me. After a month I joined the community. In the beginning I worked like crazy, I felt like if I had retuned being a kid. People had to stay with me, check me out and for every decision I had to face a guy; what to do in the evening or how to do a job. For all. I was in the community to grow but I felt more and more a teenager. I could not bear that situation. But people do not grow up when their chances increase. Growing up means addressing your limits and improving yourself, accepting the judgments of others, and trying to get in touch with everyone who lives with you. At first I did not understand it, then I noticed, looking at others as well. I have seen that the strong people, which I thought were adult, were those who knew how to keep their emotions under control, manage them, succeeding in accepting their mistakes in front of everyone with their heads up, ready to remedy them. I also often found people in their forties, find excuses, claiming things without working hard to deserve them, always saying “I’m forty.” I totally changed my vision of the world, something has changed in me. I understand what the word “grow” means, but above all I understand that I have a lot of things to learn. In the end I’m twenty years old. There’s still much I have to do; particularly because of  my pride and my stubbornness. But what matters the most is to get involved, to say what you think and open up to others. Because nobody grows alone.