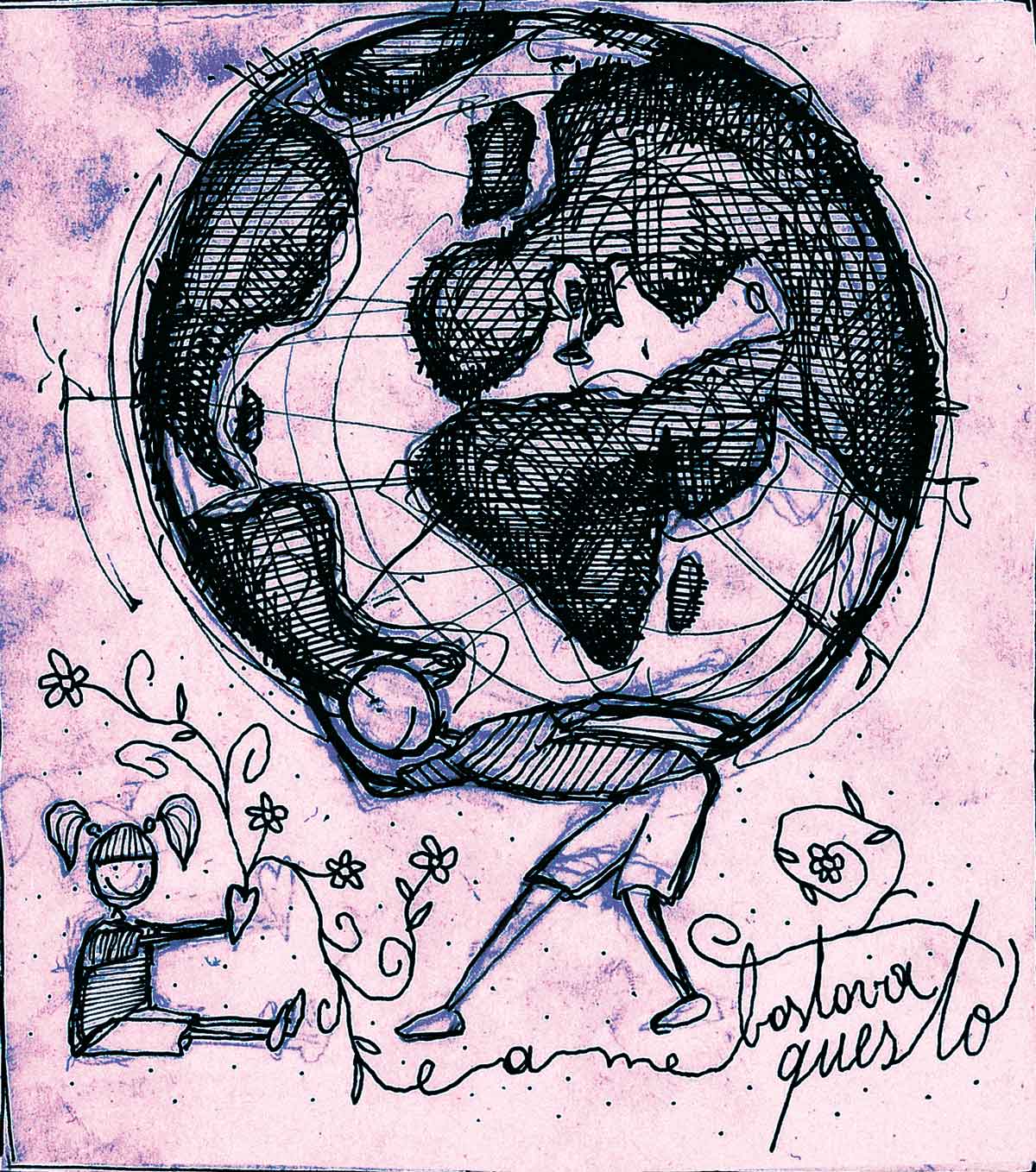 Hey! Remember we met last time? I’m Luca and I told you about the visit with my family. After a year I saw my little sister Irene, who is the person that I care the most about in the whole world. To look at her has always held a special meaning to me; it’s not easy to explain but I’m going to try anyway. Let’s start from what I saw in her eyes on that day

I’ve always I’ve been a bit of a dreamer: I had always wanted to be a footballer when I grew up. The only thing that could bring me back to reality was an emotion stronger than anything that I had ever felt before. She would give me this look that would communicate more than a thousand words. Her name is Irene and she is my beautiful little sister and she is the first person that I have ever truly loved.

She has the most incredible eyes in the world, if you catch the light just right you can literally see them sparkle with happiness. The life we had seemed almost perfect, we were always on an adventure, discovering new things together. I would defend her… Slowly but surely I started to find the first cracks of sadness. I don’t remember when exactly, but I started to realize that the other kids would leave her out. They would hardly ever invite them to their birthday parties. She was never a part of the games they played. I just put it down to the fact that the world had gone mad, I didn’t really understand what was going on. But it didn’t matter. I would take her everywhere I went.

Then one day reality hit me. I realised why people treated her differently. I overheard my parents talking, and my mother calmly said that Irene was disabled. I couldn’t believe it. All of a sudden all the little things I had noticed started to make sense.

What made me sad wasn’t her though; it was the way that people treated her, the way that they behaved when she was around. I started to feel a rage that began devouring me.

I remember it was my seventh birthday and we were celebrating at home. At some point, during one of the games with the entertainer, I looked around and I saw my little sister was crying alone, by the table with all the food on it. I felt something break inside of me. I dropped everything and ran over to see what was going on. She told me that one of the kids was teasing her, that she had been hit. A thousand thoughts ran through my head. I didn’t need any more explanations. I was sick and tired of their jokes, their excuses. Irene wasn’t well and I wasn’t going to take it anymore.

As soon as I saw who she was talking about I couldn’t help myself. I threw myself at him. I tried to hurt him as much as possible. Not even 10 seconds had passed and a crowd had already formed around us.

After another minute I was exhausted. My eyes were jumping out of their sockets and tears streamed my face, but I still wouldn’t let go of that bully. Then I saw my sister and I saw that she wasn’t cheering me on. She wasn’t saying anything at all. She was impassive, it was like she couldn’t move. Then, something broke the spell and she ran as fast as her legs could take her, away from it all, away from the mess I had created. I ran after her and when I caught up all she did was hug me, she clung to me as hard as she could. I realized, in that moment that all I was doing was venting my anger. I wasn’t helping her or defending her, I was scaring her.

I didn’t realize what I had done. From that day onwards the world started to weigh me down. I had become aggressive so I started getting into trouble at school. My parents were always arguing and I started to think that I was the problem. It all got so complicated that I couldn’t figure out what was going on.

Then, one cold day in winter, a day like any other in Milan, where it rains from the morning till evening, two men came into my classroom and took me away. I was scared, I thought that it had something to do with Irene. But when we got to the car I saw her quietly sitting there in the back seat with her backpack. Seeing her gave me courage, and I got in and sat down beside her. We didn’t go back home that day. In fact I have never been back to that house ever since.

My new home had a name, a word that still causes me a lot of pain. It was called Orphanage. I didn’t have anyone that I could talk to, I didn’t know what to do. But Irene was always there, and her look was all I needed to feel protected from the world. I still didn’t know where I would go or what was going to happen, but all I needed to do was look into her eyes and I knew that everything was going to be ok. She was the only thing that could keep me going.